Brazil has been rated by the International Monetary Fund and the World Bank as the eighth largest economy in the world and the strongest in Latin America. Thanks to its territory, it has abundant natural wealth that allows it to have a diversified economy, with great business opportunities. 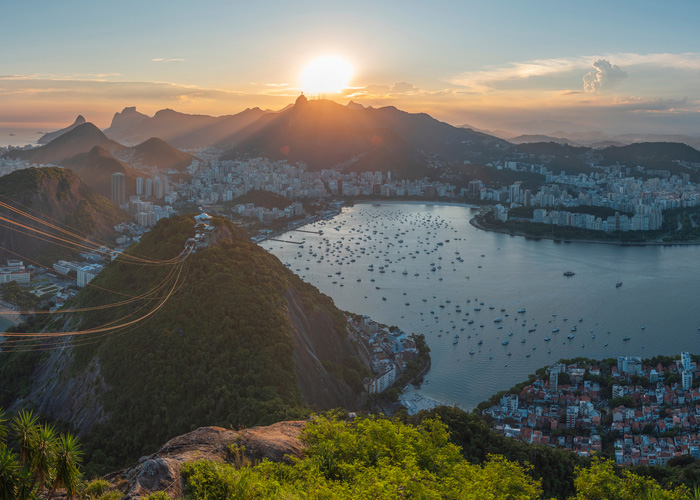 Brazil has been rated by the International Monetary Fund and the World Bank as the eighth largest economy in the world and the strongest in Latin America. Thanks to its territory, it has abundant natural wealth that allows it to have a diversified economy, with great business opportunities in the agri-food industries, architecture, construction and engineering, and renewable energies.

This nation has an area of 8.5 million square kilometers which is equivalent to 21% of the total area of the American continent and almost 48% of South America. According to data obtained by the Brazilian Institute of Geography and Statistics (IBGE), it ranks sixth as the most populous nation in the world, with more than 200 million inhabitants and an economically active population of 90 million people.

Currently, the Brazilian government's economic policy focuses on fiscal consolidation, with the aim of creating a business environment that favors free private initiative and commercial openness. These macroeconomic initiatives have allowed Brazil to achieve great financial stability, demonstrating its ability to adapt and maneuver in the face of critical scenarios such as the one currently affecting the world.

In this way, both economic stability and its continuous growth are attributes that have encouraged the arrival of foreign investors to their country. In fact, in the last decade, Brazil positioned itself as the sixth country in the world to receive foreign capital.

Another interesting aspect is its participation in BRIC, an economic and commercial association that brings together the five emerging economies with the greatest potential in the world, such as Brazil, Russia, India, China and South Africa.

Why invest in Brazil

Initiatives such as the Economic Freedom Law, promoted by the Government, seek to streamline administrative and legal practices to support and promote business in Brazil, especially the investment of foreign capital destined for infrastructure investments.

According to the Global Competitiveness report Index 2019 of the World Economic Forum, Brazil ranks ninth among the countries of the region in terms of business dynamism. Additionally, this nation is located in the fifth position in the ranking of the Country Brand Report Latin America 2019-2020, carried out by Future Brand, where, in addition, as the country with the best business potential.

It is evident the great effort to generate greater legal certainty, administrative facilities, among others for the modernization of the country, which represents greater private investment, economic activity and interesting opportunities to do business in Brazil.

Possessing a privileged location in South America, bordering almost all the countries in the region, which makes it easier for Brazilian companies to access other Latin American and African markets.

Likewise, according to an analysis published by the Argentine embassy based on data obtained by ComexStat, among the main destinations of Brazilian exports are: the United States, the Netherlands, Argentina and Japan. On the other hand, imports come mainly from China, the United States, Argentina, Germany and South Korea.

Being the sixth most populous country in the world, with nearly 200 million inhabitants, according to data obtained by the Brazilian Institute of Geography and Statistics (IBGE), Brazil has a competitive and qualified workforce of 90 million people. The nation's labor force participation rate increased by 61.9% in December 2019.

Additionally, the Brazilian population has a growing middle class, which opens up a large consumer market with interesting business opportunities for foreign companies that want to expand their clients in this country.

Brazil has good infrastructure and transportation facilities, for example, its road network, which is the most used, has an extension of almost two million kilometers, of which a part is concessioned to companies or private firms through the collection of tolls. The country's land cargo transport fleet exceeds one million vehicles.

The railway network reaches approximately 30,000 km in length and contributes to its integration into the intermodal systems for transporting heavy loads, in the export and import corridors.

Possessor of an abundant and diverse energy sector where, according to the Oil and Gas Journal (OGJ), Brazil is the second country in South America, with the largest oil reserves, estimated at more than 11.2 billion barrels. It also has the largest coal reserves after the United States.

This oil self-sufficiency was evidenced in the National Energy Balance (BEN 2020), carried out by the Brazilian Energy Research Company (EPE), where during 2019 the country's internal energy supply reached 294 thousand TOE (tons of oil equivalent).

According to the results of energy production obtained in the study, 53.9% of it also came from non-renewable sources such as oil and derivatives (34.4%), natural gas (12.2%), mineral coal (5.3%) and Uranium (1.4%). In this way, it is evident that the oil and gas sector is key in the Brazilian economy. Most of Brazil's oil reserves are found in offshore reservoirs.

Additionally, there are other important sources of clean energy such as hydroelectric, wind and ethanol. Currently, 46% of energy production in Brazil comes from renewable sources, of which 75% is derived from hydroelectric power.

Below you can find some of the main taxes in Brazil, if you want to know in detail the country's tax information you can download our Global Taxes App.

According to projections released by the Brazilian Institute of Geography and Statistics (IBGE), the Brazilian harvest of cereals, legumes and oilseeds harvested this year exceeded by 1.9% that obtained in 2020, calculated at 263.1 million tons.

This shows why Brazil is a key producer, consumer and exporter of a wide variety of agricultural products worldwide. Despite the current scenario, the Brazilian agricultural sector reached a record of exports in the first six months of 2020, with an increase of 10% compared to the previous year.

The country has a large, dynamic and rapidly expanding market for agricultural equipment. This growth is driven by a large sector of commercial agriculture, where it is a major exporter of products such as coffee, orange juice, soybeans, tobacco, meat, corn, sugar, ethanol and cellulose.

Thanks to continuous improvement and growth, Brazilian agribusiness does not depend on government subsidies to be competitive. According to the Agricultural Outlook 2010-2019 of the OECD-FAO, Brazil has the fastest growing agricultural sector and is that the production forecast for 2021 doubled what Brazil harvested in 2007 (133.3 million tons).

This evolution was achieved by the adoption of new technologies and seeds that increased productivity and turned the country into a world agricultural power. According to IBGE, the planted area in Brazil, which reached 63.2 million hectares in 2019, increased by 3.3% in 2020, reaching 65.3 million hectares, and is expected to grow by 1.3% during 2021, until reaching 66.1 million hectares.

The imposing buildings of cities such as São Paulo and Rio de Janeiro show a new era in the construction of mega projects, smart cities and buildings focused on sustainability, where high standards of quality and professionalism are required. This requires the joint work of large architecture and engineering companies that carry out these projects, which opened the way for important companies and investors from around the world in that country.

The architecture, construction and engineering industry in Brazil is experiencing significant growth, a dynamic that intensified after the 2016 Summer Olympics in Rio de Janeiro. Engineering and architectural design projects, from highways and stadiums to airports and commercial spaces, are and will be abundant.

Today, a significant part of Brazil's economic development plan is based on an investment plan for infrastructure and privatization, whose auctions include concessions for railways, airports and port terminals.

Brazil is the seventh largest country in investments in clean energy and the sixth most attractive for investors in this sector; to promote it, the Government seeks to promote investments in solar and wind energy to minimize dependence on hydraulic production.

In recent years, a significant boost has also been given to wind energy, increasing the annual installed capacity, which in 2019 already generated 15.4GW distributed in 619 wind farms. By 2024, installed capacity is expected to increase to 19.04 GW, although Brazil's potential would perfectly allow it to reach 30GW in just 10 years.

Since the participation of wind energy in the Brazilian energy matrix, in December 2019, remains at 9%, important business opportunities are generated in transmission and distribution lines.

The Brazilian National Energy Plan for 2030 (PNE 2030) places non-hydroelectric renewable energies as a key alternative to meet the growing demand for electrical energy in the coming years, as well as to increase the participation of sustainable sources in the energy matrix. Brazilian.

Brazil is a privileged country for its mineral reserves, being the world's leading exporter of iron ore and niobium (used in the electronics industry), and one of the world's largest producers of tin, bauxite, magnesium, manganese, talc, and gold, mainly.

This sector has undergone a profound transformation since 1995, based on a constitutional reform that approved the participation of foreign companies and the public mining company Companhia Vale do Rio Doce (CVRD), currently called VALE, was officially privatized in May 1997.

This has generated great momentum and growth in investment in the sector and has aroused great interest from foreign investors in starting operations in Brazil, on their own or through agreements with VALE.

As Brazil's middle class has expanded in recent years, commercial passenger flight services have increased significantly, creating new opportunities in the airport sector and in particular for domestic travel.

Brazil has the third highest level of domestic air traffic in the world and represents 35% of all air traffic in Latin America. Improvements in Brazil's airport infrastructure offer significant business opportunities; In addition to providing consulting and design services, the companies that win awards are also purchasing products such as baggage docking systems, passenger boarding bridges, conveyor belts, X-ray equipment and other safety equipment.

Our advisors in Brazil 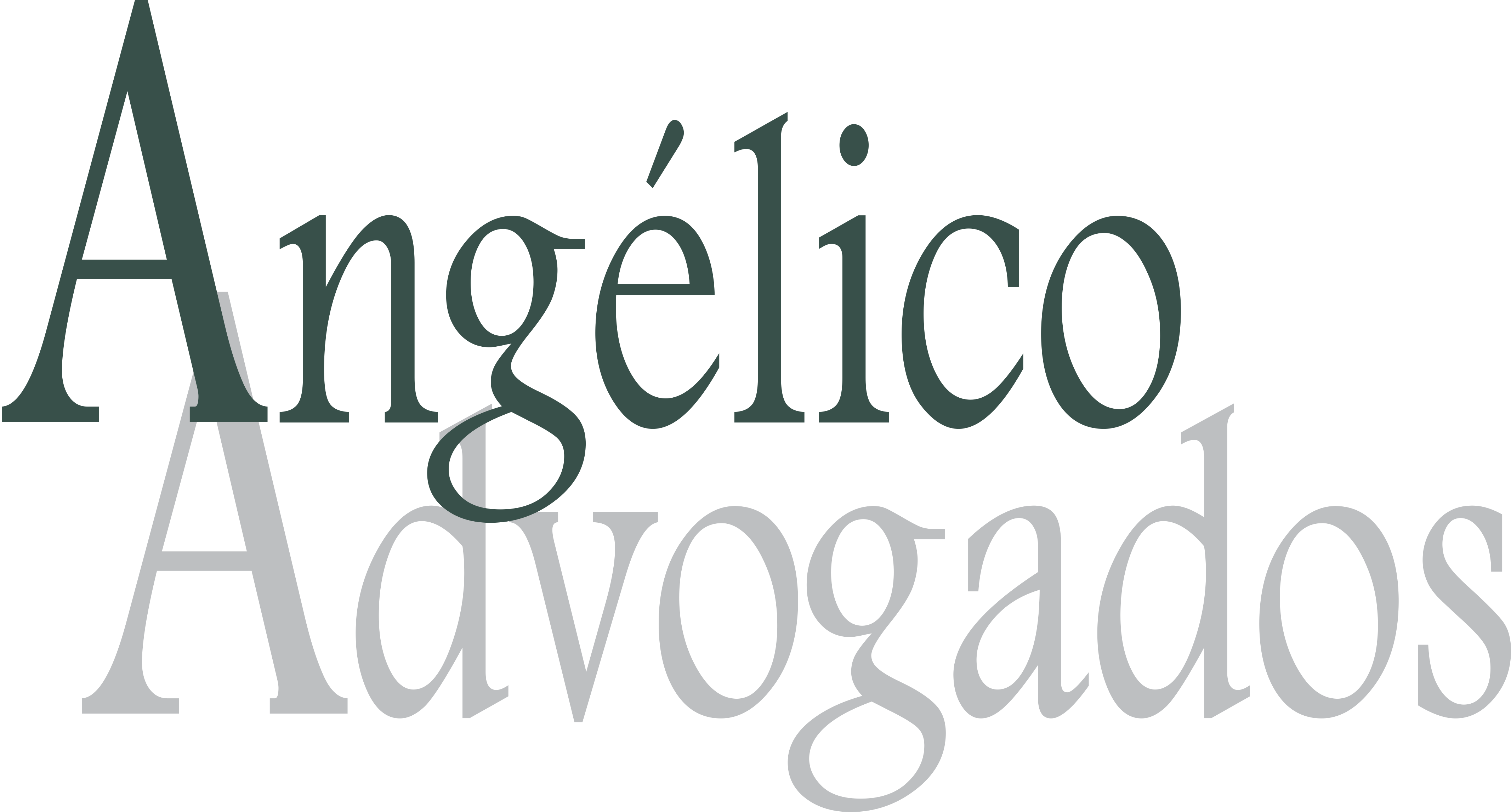