Colombia has managed to position itself as the fourth largest economy in Latin America, consolidating great economic development in its productive agro-industrial, manufacturing and services sectors that, thanks to their opportunities, attract foreign investors interested in looking for profitable and safe businesses. 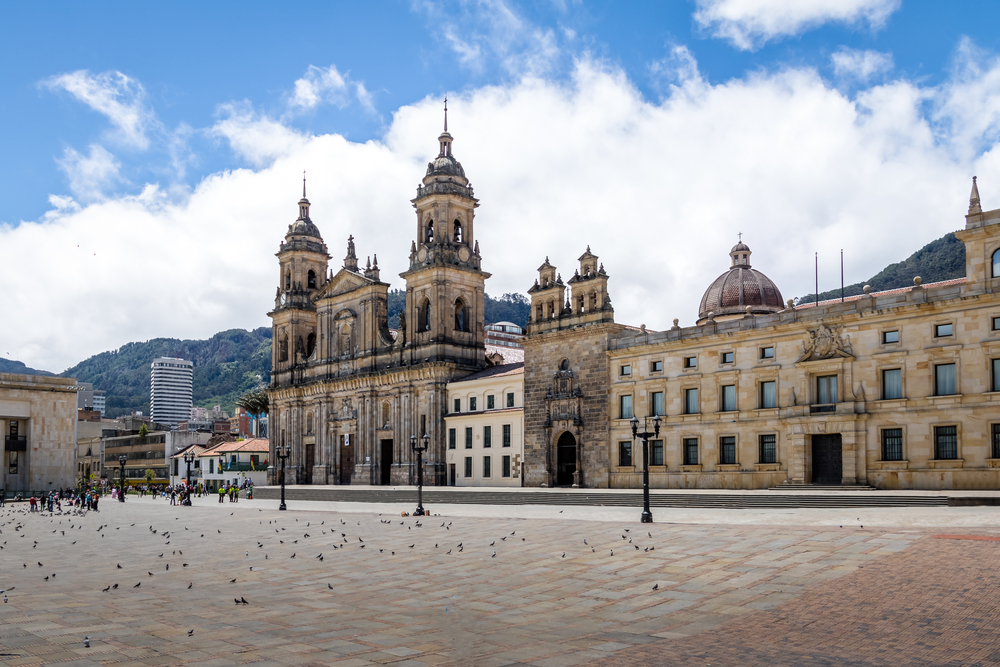 Colombia has a privileged geographical position, since it is the gateway to South America and this has allowed it to become a strategic point for the supply of reliable and high-quality goods and services in the region. It is also the preferential link between North and South America.

Due to the fact that foreign investment has been a great promoter of the economic development of the country and an important source of employment generation, the government has concentrated on enhancing its macroeconomic strengths, fiscal policies, as well as improving the conditions of its stability, legal certainty and guarantees for foreign investment.

In this way, Colombia has gained the confidence and international recognition of investors, who also take advantage of the wide variety of commercial agreements in force in the country, which allow them privileged access to more than 60 nations and about 1,500 million consumers around of the world.

Consequently, the country has managed to position itself as the fourth largest economy in Latin America, consolidating great economic development in its productive agro-industrial, manufacturing and services sectors that, thanks to their opportunities, attract foreign investors interested in looking for profitable and safe businesses.

Why invest in Colombia

These are the best reasons why you should invest or do business in Colombia, a destination full of opportunities.

Thanks to the fact that it is the only nation in South America with coasts on the Atlantic and Pacific oceans, it has borders with Venezuela, Ecuador, Brazil, Panama and Peru. Its ports on the Atlantic and Pacific coasts connect the country with the United States, Europe, Asia, Latin America and the Caribbean, while its strategically connected land routes position the country as the gateway to South America.

Due to the positive result of the Colombian economic and financial behavior, Moody's, Fitch and Standard & Poor's gave it an investment grade. This was granted for its good track record in paying its debt, the increased credibility of its macroeconomic policy, and its ability to deal with internal and external shocks. The World Bank ranked this nation as the 13th country in the world and the first in Latin America in terms of investor protection.

Due to the current health emergency, the structure of international trade has been transformed, leading to a regional concentration of value chains. Due to the above and thanks to its privileged location, Colombia has positioned itself as a strategic point for the regional supply of reliable and quality goods and services, since it is less than 6 hours by plane from the main cities of the continent. Additionally, the nation efficiently takes advantage of its network of trade agreements, which allow preferential access to more than 60 countries and 1,500 million consumers around the world.

According to the publication of the Colombia CO Government page, the country has a developed technological ecosystem, since its infrastructure allows it to position itself as the second country in the region with the best connectivity, transmission and stability, connecting 98% of its municipalities with the world, through fiber optics.

Given that the National Government sees the digital revolution as an important growth engine, it has decided to implement new policies, conventions and agreements to manage the digital transformation of its country, as well as support the creation of the first Center for the Fourth Industrial Revolution (C4RI) from Latin America that is part of the World Economic Forum network.

Colombia has an economically active population of 23.1 million citizens, which continues to increase annually. In addition to having one of the most effective labor regulations in force in South America, the country has an active population where 55% are under 30 years of age.

Colombia has built extensive trade relationships around the world. It has more than 9,700 companies that export to 181 countries. In addition, the country currently has 16 trade agreements (including free trade agreements and partial scope agreements), ranking fifth in number of agreements in Latin America, behind Chile, Peru, Panama and Mexico.

According to The Economist Intelligence Unit, Colombia currently ranks 27th among the world's economies and is expected to continue to be one of the fastest growing for the next two decades.

Considered the third largest country in Latin America, Colombia has 49 million inhabitants and ranks 24th in the world in terms of population and the second largest Spanish-speaking nation in the world.

Unlike other emerging economies and most Latin American countries, the country has benefited from a very stable inflation rate that has hovered around 3% for many years.

Thanks to the political stability and sound institutions, Colombia has become one of the most politically stable markets in Latin America.

During the last two decades, the government and the private sector have successfully cooperated to simplify laws and procedures in order to promote international investment. This is how the country currently has one of the most competitive investment areas in Latin America, offering incentives such as a 15% tax on income, the absence of customs contributions, 33 permanent free zones, 69 special free zones and the possibility to participate in the local market. According to JP Morgan estimates, the country will be the third most attractive nation for investment in Latin America in the coming years.

Below you can find some of the main taxes in Colombia, if you want to know in detail the country's tax information you can download our Global Taxes App.

Tax on industry and commerce and complementary notices and boards

According to ProColombia, the country, having a privileged geographical position, has a constant and sustainable production throughout the year. In addition, it is the fourth country in Latin America with a large availability of land suitable for the development and production of agricultural projects that benefit from the tropical climate and its abundant water resources. It is also the nation in Latin America with the highest annual precipitation rates and tenth in the world.

According to the Colombian Ministry of Agriculture, the agri-food sector generates more than 20% of its employment and represents around 5% of its GDP, which is why it is one of the industries that has the most investment opportunities in the country. Because Colombia is an important consumer and producer of food in the region and is emerging as an export platform for products such as:

Considered as a unique and paradisiacal destination due to its variety of climates, cultural richness, the warmth of its people and its great diversity present throughout the country, make the hotel and tourist infrastructure one of the sectors with great potential for Colombia, as emphasized by ProColombia on its website.

According to the agency, the hotel and tourism infrastructure sector in this country offers various projects from luxury hotels, ecolodge, entertainment and other mixed use, where investors can acquire existing assets, create alliances with local offer, hotel chains or make investments between capital funds.

Among the best opportunities to invest are:

Occupying the third position within the most important productive activities in the Colombian economy, this sector benefits from the 16 free trade agreements in force, its access to raw materials at competitive costs, its efficient internal market, qualified human talent and the support of the government. Among the subsectors with the highest demand are:

With a 50% share of the national GDP, this sector has become one of the most important focuses for foreign investors in Colombia, due to its enormous potential and growth. Initiatives are currently underway to explore and develop new opportunities in sectors such as software and IT services, electric power, biotechnology and related services.

It should be noted that since 2001, more than 2 million students have graduated from programs related to BPO, CSC and Software - IT operations such as: administration, law, public accounting, economics and engineering; mainly in the departments of Bogotá, Antioquia and Valle del Cauca, this demonstrates the potential and knowledge capital of the country's human talent.

With the entry into force of the fifth generation of infrastructure concessions (5G), focused on technical, environmental and social sustainability, which are being executed under the scheme of public-private partnerships (PPPs), Colombia is strongly promoting its economic reactivation. Among the sectors with the most opportunities for investors are:

With a highly trained and competitive workforce, the information technology and creative industries sector stands out in the region. Additionally, it has great connectivity and technology infrastructure, ideal for developing this type of project. The main business opportunities in this category are:

Our advisors in Colombia

Founded in 1995, Espinosa & Asociados brings together a group of professionals with more than 20 years of experience in the fields of consulting and young professionals and associates with highly qualified training. 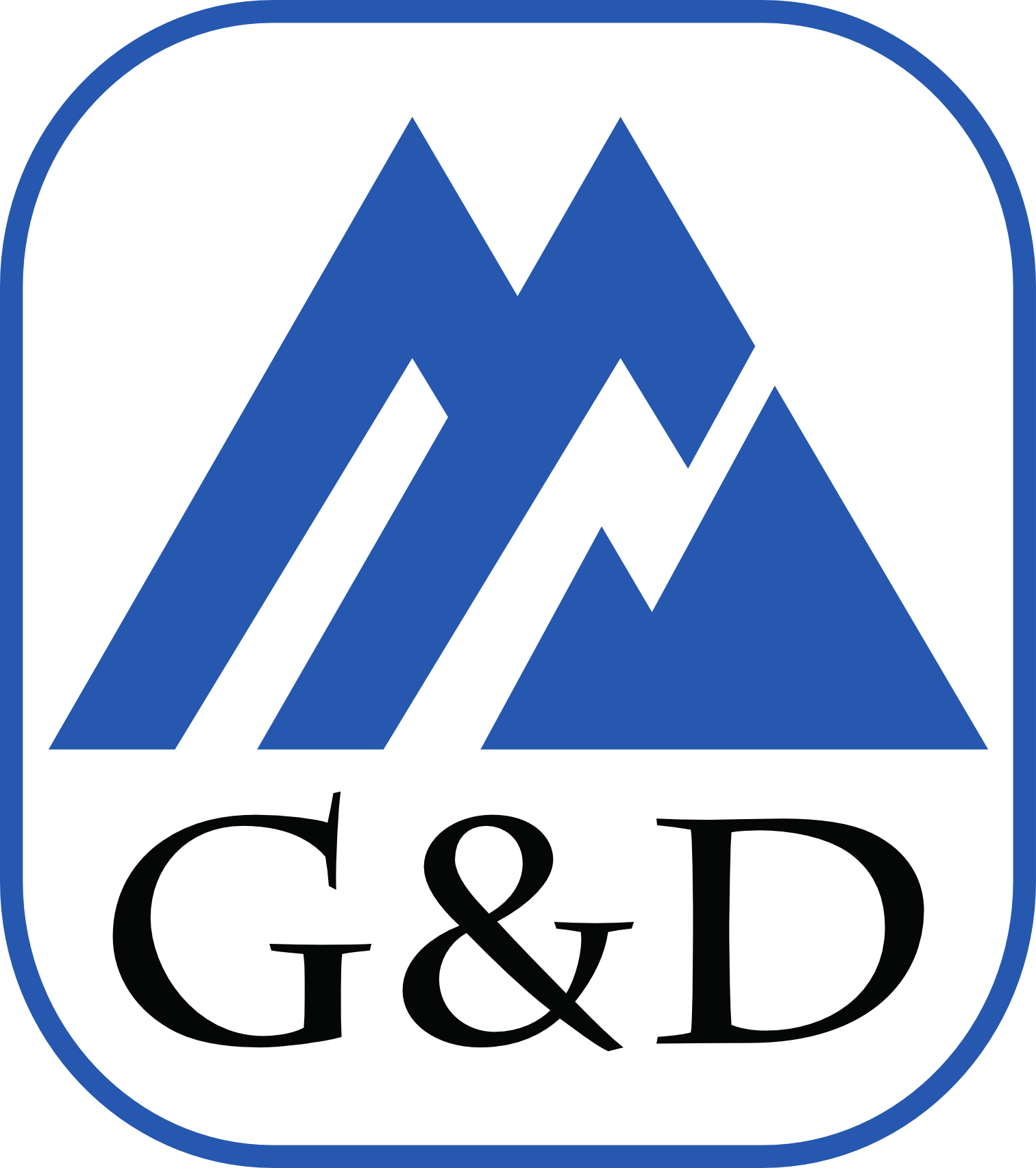