The Dominican Republic has managed for more than a decade, a series of reforms to modernize the legal and economic framework with which companies operate in their country, as a strategy to encourage the flow of foreign capital in its territory and facilitate adaptation of its economy to the new international competitiveness schemes. 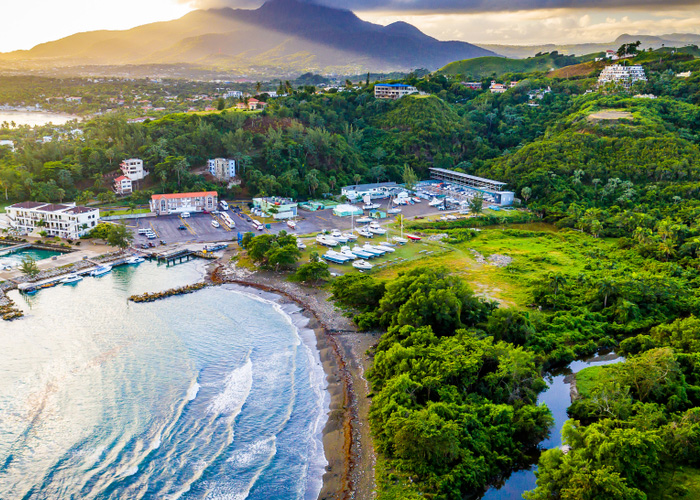 Among these initiatives, the updating of the regulatory legal structures of the different sectors of the economy stands out, such as the banking and stock market system, the corporate rules of competition and consumer protection.

This effort has allowed the country to generate an ideal climate for business development and attract investors from all over the world. According to the Information System on Foreign Trade (SICE), of the Organization of American States, the country is part of important multilateral agreements such as CAFTA-DR (Central America - United States - Dominican Republic) and the Caribbean Community (CARICOM).

Another important aspect is that this country receives one of the largest European funds for infrastructure and development, which shows its great potential to facilitate business in the near future.

Why invest in Dominican Republic

Located in the center of Caribbean, the Dominican Republic is a strategic point of commercial interconnection between Europe, North America and the rest of Latin America, which allows, according to estimates by the Export and Investment Center of the Dominican Republic ProDominicana, access to 1,000 million consumers from the treaties of free trade established with the United States and Central America.

In order to support and promote the Foreign Direct Investment (FDI) in the country, the Government has consolidated a legal framework that offers legal certainty, incentives and tax exemptions to investors, allowing them to achieve higher returns on their investments, while contributing to job creation, boost the economy and promote the development of the country.

According to the World Bank, this stable political and economic environment has made it easier for the Dominican Republic to position itself as a major recipient of foreign direct investment (FDI) from the Caribbean in recent years.

The country has an extensive, developed and efficient physical infrastructure that optimizes cargo shipping, thanks to its excellent road systems, 9 international airports, 12 modern shipping ports and several domestic terminals in important commercial locations.

Due to the above, it is recognized as the second best transport structure in all of Latin America, with one of the highest levels of asphalted airport runways and paved roads, according to the Global Competitiveness Report.

The Dominican Republic has a developed system of industrial free zones and is a pioneer in the use of free zones internationally. Additionally, it offers a special Free Zone to exporters whose production is outside the existing zones.

Entities operating in these areas enjoy full exemption from taxes and duties related to production and export, including taxes on income, construction, and import duties on raw materials, equipment, and services for workers within of the zones.

Currently, there are 75 free zone parks in the country that house 695 companies that in turn generate a total of 176,555 jobs and represent an accumulated investment of US$5,136 million. These areas concentrate 50% of activities such as: Tobacco and its derivatives, medical and pharmaceutical products, clothing and textiles, and Services.

Good relationship with Central America and the United States

Thanks to the agreement CAFTA-DR signed with El Salvador, Guatemala, Honduras, Nicaragua, Costa Rica, the Dominican Republic and the US, establishes the expansion and diversification of trade between the signatory parties, eliminating barriers to trade and increasing investment opportunities.

Likewise, the member countries agree to progressively reduce and eliminate customs duties for the movement of originating goods in the area of commerce and to grant each other temporary, duty-free admission for professional equipment, merchandise destined for exhibition, commercial samples and merchandise for sports purposes.

Below you can find some of the main taxes in Dominican Republic, if you want to know in detail the country's tax information you can download our Global Taxes App.

Tax on the Transfer of Industrialized Goods and Services

Taxes on the Use of Goods and Licenses

The Dominican Republic is one of the favorite destinations for American and European tourists, due to its beautiful landscapes and the high quality of its hotel offer. The nation has more than 70,000 rooms that host about seven million tourists annually, which places this sector as one of the most important in the Dominican economy, as it is the largest source of wealth and foreign exchange in the country.

This segment has a competitive hotel offer, a trained workforce, a modern infrastructure and a legal and institutional framework that encourages investment in this sector. For this reason, the country stands out as the most attractive tourist destination and golf course in the Caribbean for foreign investment.

Among the most profitable investment opportunities are real estate tourism, cruises, ecotourism and golf tourism.

Possessing fertile soils and lands suitable for growing fruits and vegetables all year round, they make it one of the most important sectors of the Dominican economy, which according to government data during the year contributed US$3,645.15 million to national production, equivalent to 4.1 % of total GDP. The livestock, forestry and fishing sectors have also had an interesting growth of 3.5%.

Among the most productive crops are sugar, rice, coffee, cocoa and bananas, which are mainly exported to the United States, Haiti, Canada and India.

With the arrival of new technologies in the country, the telecommunications sector has become one of the main sources of employment and foreign exchange. The Dominican Republic has managed to be one of the best connected countries thanks to the increase in foreign investment and currently, 104 companies operate authorized to offer mobile services, internet, cable and satellite television.

The Central Bank places this sector among those with the highest GDP weighting. It is important to note that between 2010 and 2020 the country received US$27,419.4 million through foreign investment, of which US$1,060.4 million was allocated to investments in telecommunications, representing 3.9% of the total FDI received during this decade.

Thanks to geological profile of the country, it is currently cataloged as the second largest gold deposit in America and also produces a wide range of mineral resources such as: silver, bauxite, ferronickel, clay, industrial minerals, larimar, amber, slabs, limestone, gypsum , salt, among other metallic resources. This sector presents a high participation of Foreign Direct Investment (FDI), thanks to the increase in the production levels of gold, marble and the main aggregate materials for construction.

The Dominican Republic has favorable climatic conditions, ideal for attracting private investment in various energy projects in the country. For example, in the field of wind energy, its coastal regions in the southwest and north of the country have the potential to produce 30,000 MW. In the field of solar photovoltaic energy, thanks to its geographical position in the Caribbean, it has high levels of solar radiation throughout the year and this gives it a generation capacity of 50,000 MW.

This country is a strategic point for the manufacturing and services, managing to attract foreign capital companies that establish their export platforms for products and services in the country, with the aim of supplying the United States market. These companies have come to the Dominican Republic attracted by the beneficial tax incentive regimes such as the free zones.

Great diversity of natural and ecological resources, such as its beautiful beaches, fertile soils, warm climate and important mineral deposits, which makes it an ideal place to explore and invest.

Thanks to its spectacular landscapes and the incentives offered by the government of the Dominican Republic, there was a significant growth in foreign projects filmed in the country during the period 2011 - 2019 of 73%.

According to the Central Bank of the Dominican Republic, Foreign Direct Investment in the Real Estate Sector between 2010 and 2020 amounted to US$4,109.7 million. This evidences its active participation in the dynamism of the Dominican economy, through the development of medium and low-cost real estate projects, commercial establishments, hotel supply for tourism.

Our advisors in Dominican Republic

Russin, Vecchi & Heredia Bonetti (RV&HB) is an international law firm founded in 1969 with a global vision of the practice of law, committed to the excellence in service, innovation, and high ethical standard.

Magallanes Herrera & Asociados is a certified public accounting firm dedicated to providing professional services and satisfying the client’s needs in the areas of finance and integrated administrative solutions.