Venezuela currently has a market environment with great challenges, where it is essential that investors who wish to reach this nation have a clear understanding of the operating conditions and the investment climate in the country through expert advice and in advance. 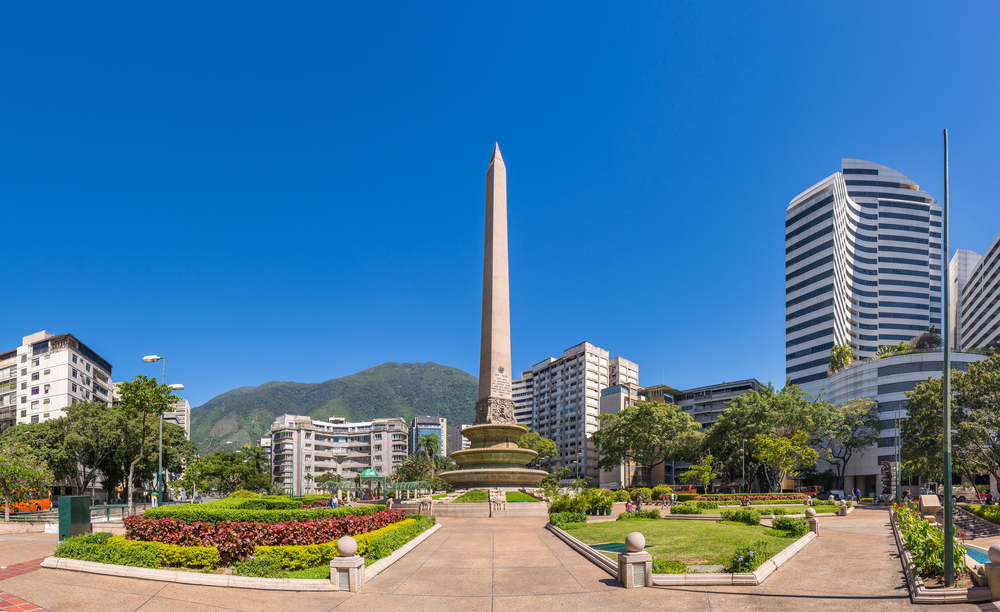 Venezuela currently has a market environment with great challenges, where it is essential that investors who wish to reach this nation have a clear understanding of the operating conditions and the investment climate in the country through advice made by experts and in advance.

In fact, given the current pandemic scenario, it is essential that the companies or organizations present in each of the countries in the region adapt both to the new economic conditions and to the needs of end consumers so that they can take advantage of the opportunities emerging and remain current.

This is how Venezuela, thanks to the economic recovery of the country due to the reactivation of its oil production, the use of convertible currencies in day-to-day dynamics and the slowdown in inflation, has generated a scenario where stability begins to consolidate and this is awakening the interest of investors in the country.

Due to the foregoing, since last year the foreign investment area has been in the hands of the People's Power Ministry of Economy, Finance and Foreign Trade, as an initiative to improve conditions for investors in Venezuelan territory. Along with this, the Government implemented the Constitutional Law on Productive Foreign Investment, a regulation that aims to regulate everything related to foreign investment in the country. In it, it is determined that the investment is all the resources obtained legally and that they are destined to the production of goods and services that generate decent jobs and promote the development of small and medium-sized industries.

Likewise, the Law is a reference framework for special legislation in specific sectors of the economy such as hydrocarbons, mining, telecommunications, among others. In this way, it seeks to promote the productive contribution from international investment to take advantage of the wealth of the nation and achieve the well-being of the population. In this way, among the key points of this law, the following stand out:

We can show a more friendly and empathic position with foreign investors, to achieve the recovery of the Venezuelan economy.

Why invest in Venezuela

The Bolivarian Republic of Venezuela located in the northeast of South America, strategically limits to the north with the Caribbean Sea, to the east with the Atlantic Ocean and Guyana, to the south with Brazil and to the southwest and west with Colombia. Additionally, it has an advantageous connection to the east coast of the United States and Western Europe. Given its proximity to Ecuador, it has a climate with two well-marked rain and dry seasons, with temperatures ranging from 25°C to 78°F.

The country has a continental and insular area of 916,455 km² and owns a wide coastline that reaches 2,183 km. rich natural regions perfectly differentiated, which makes Venezuela one of the ten most diverse countries in the world.

Thanks to its geographical location, this country has an agricultural sector that can obtain high yields in crops such as coffee, cocoa, oil palm and fruit trees, or semi-permanent crops such as sugar cane, bananas, plantains and cassava. Additionally, given the abundance of radiant energy and the large pasture areas, the territory offers great potential for beef cattle and dual purpose (meat and milk). On the other hand, due to the extension of its coasts and its territorial sea, Venezuela also has a maritime fishing sector with a great projection.

Traditionally, Venezuela is recognized as one of the most important producers in the world, being the sixth world reserve of light oil and the largest of heavy oil. Its natural gas reserves are estimated at 147 million cubic feet. Profits from petroleum resources account for about 95% of export earnings and oil and gas account for 25% of the nation's GDP. This has earned it to be one of the vital sectors to sustain the economic growth of the country.

According to the Venezuelan government, crude oil production for this year will quadruple, which will attract significant foreign investment to the country and will once again position this founding nation of OPEC as one of the four largest producers in the world.

Human talent in Venezuela has traditionally been recognized as one of the most qualified in the region, which is trained in the educational centers of the nation. Additionally, the Government has implemented a series of programs called “missions” which have reduced the illiterate population and expanded formal education coverage to historically poor social sectors, both at primary, secondary, technical and university levels of education.

Because infrastructure is the fuel for the growth and socioeconomic development of any country, since it allows industrial production and this in turn generates greater productivity, a reduction in costs and the generation of decent living and working conditions for population.

Thus, in this nation, Venezuelan ports and airports are undergoing a privatization process, promoting the growth of important markets in these sectors. Venezuela is also one of the countries in Latin America with the largest number of paved highways. About 95,000 kilometers of roads, 60% are highways, which are located mainly in the north of the country, where the population density is higher.

Around 98% of the transport of goods moves with trucks through its highways. Additionally, Venezuela has 11 international airports and 36 domestic airports, the main one, located in Caracas, processes 90% of international flights, 84% of air cargo and 40% of domestic passengers.

This nation managed to establish a vast road network in a large percentage of the national territory, which was interconnected by its extensive bus line. Venezuela has 9 main highways such as:

Venezuela has abundant natural resources and after oil, iron is the second most exploited mineral resource. It is estimated that this country has 15 billion metric tons of iron, of which 13% corresponds to high-grade iron ore, which is considered one of the highest quality in the world.

The country that is the 8th aluminum producer in the world due to its large bauxite reserves and its installed capacity of 8.7 million tons/year. Likewise, the country has enormous gold reserves, in fact, considered by some to be the largest in the world with some 162.2 MT in estimated reserves, located especially in the state of Bolívar and towns near the border with Brazil. Deposits have also been detected in the states of Yaracuy and Trujillo. Finally, the nation has more than 8 billion in coal reserves.

According to SENIAT (National Integrated Customs and Tax Administration Service, attached to the Ministry of Finance), there are several types of free trade zones in your nation, such as two free ports, two Free Zones and finally two Free Zones.

While the Free Port of Santa Elena de Uairén , which is located near the Brazilian border, is an area that seeks to stimulate and favor the socioeconomic development of the region, the Free Port of Nueva Esparta State, which also has a preferential tax regime , allows the performance of all customs operations. For example, access is allowed to all merchandise and marketable goods, regardless of their origin, such as food and beverages, cosmetic products, medicines, products of the animal and plant kingdom, among others.

The Free Zone for the Promotion of Tourism Investment in the Paraguaná Peninsula was created by the Government to encourage the provision of services in tourism and commercial activity in this sector. Here you can enter all merchandise or marketable goods (personal or domestic use), which are required for hotel and lodging activities, event organizers, restaurants and transportation, among others.

The Paraguaná Industrial, Commercial and Services Free Zone was established as a special territorial regime to promote national development through activities that promote foreign trade and contribute to technology transfer, job creation and regional development. This area is under the control of the Main Customs Office of "Las Piedras Paraguaná". It will be directed and managed by the Board of Directors of the company "Zona Franca Industrial de Paraguaná, CA (ZONFIPCA)

Below you can find some of the main taxes in Venezuela, if you want to know in detail the country's tax information you can download our Global Taxes App.

Venezuela has one of the largest proven oil reserves on the planet, 300.900MMb, that is, 18% of world reserves, therefore, despite the fact that there is some uncertainty regarding the investment capacity of the state oil company, Petróleos de Venezuela (PDVSA) forecasts that the export opportunities for the coming years will be in the billions of dollars, driven mainly by private participation in the natural gas industry.

Due to the above, an interesting import market for wells and pipes, control systems, double screws and submersible pumps, flanges, drilling equipment, valves and compressors, among others, is opening up. The best prospects are in the natural gas subsector, due to strong private participation, favorable legislation and strong government support.

According to the Chamber of Venezuelan Manufacturers of Automotive Products (FAVENPA), the country has an approximate vehicular population of more than 3 million made up of cars, trucks and buses, in addition to almost half a million motorcycles. Thus, taking into account both locally assembled and imported vehicles, annual growth is around 200,000 vehicles. Local assemblers include General Motors, Ford, Hyundai and Toyota. About 30% of the components for the assembly of vehicles are manufactured locally. The estimated average number of vehicles in circulation is over 10 years old. These two factors make Venezuela an excellent market for parts and accessories for old cars.

The information and communication market in Venezuela covers the production, marketing and operation of computer equipment and programs, services based on information technology and telecommunications.

A legal framework with precise guidelines for the development of the sector and the existence of Technological Parks support the activity, making it an excellent market niche for commercializing state-of-the-art technologies. Within this framework, business opportunities in the sector are mainly concentrated in process outsourcing, business with a web platform, wireless networks and voice over IP services.

Venezuela's success in ICT is due to a high-quality and less expensive offer compared to other countries. In addition, there are more than 80 national centers of specialized education in the field, which form a qualified workforce of high international prestige. Not surprisingly, various companies already offer their products and services abroad, under international quality standards.

Our advisors in Venezuela

D’Empaire is one of the most prestigious law firms in Venezuela. It has a reputation of being the leading firm in Venezuela for mergers and acquisitions, capital markets, finance and antitrust law. In addition, D’Empaire has a strong practice in tax law, arbitration, litigation, and labor law. It is the preferred firm for complex matters in law and economics.

Aranguren, Aguilera & Asociados is a firm of independent professionals specialized in tax, financial, accounting, technology consulting, and human resources services. The firm is focused on providing personalized services to their clients and maintaining a complete and integrated service model.