Costa Rica is an attractive investment destination in the tourism, renewable energy, agriculture and technology sectors. Thanks to its privileged geographical location, it has easy access to the great economies of North and South America, through its robust maritime logistics facilities. 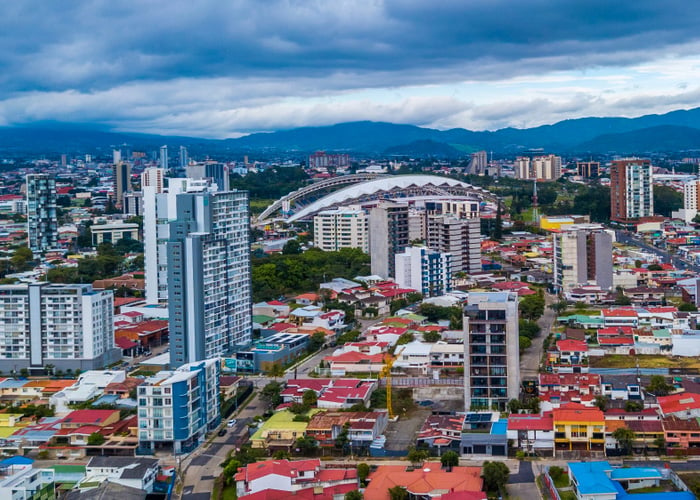 According to the results of the study "The best countries to invest" during 2019, carried out by US News & World Report of the University of Pennsylvania and BAV Group, Costa Rica ranked third worldwide. This measurement collects the perception of 7,000 businessmen who highlighted the country in the categories of dynamism, economic stability, entrepreneurship, tourism, fiscal environment, qualified human talent, innovation and technological experience.

Additionally, the country has the best political and economic stability in Central America, which has allowed it to be recognized as a strategic point for world investors. The Costa Rican Investment Promotion Agency CINDE, emphasized that the nation managed to attract 44 investment projects and 300 multinational companies, generating a record number of 16,718 gross jobs and 10,141 net jobs, which represented a cumulative of 118,245 direct jobs and 58,980 jobs indirect.

Why invest in Costa Rica

Geographically located in the center of the Americas between Nicaragua and Panama, it is bordered to the east and northeast by the Caribbean Sea and to the west and south by the Pacific Ocean, which allows it to be very close to the United States and the other countries of the continent. This makes Costa Rica an important location for US and European companies looking to do business in the region.

Additionally, the proximity of the country to the other nations of the region speeds up the delivery time for exported goods, due to the existence of more than 24 world-class cargo shipping companies, which have regular departures to the Pacific Ocean and the Caribbean Sea, and airfreight to worldwide destinations through 15 daily express delivery flights operated by leading express freight service companies.

One of the characteristics of this nation is that it does not have a military force, because it is very peaceful and without armed conflicts. Additionally, it has kept its political constitution in force for more than 70 years, making it one of the most stable countries in the region.

Robust regime of Free Zones that has been well evaluated by the World Trade Organization (WTO) and the Organization for Economic Cooperation and Development (OECD), which has made it easier to attract foreign direct investment to enhance its development as a nation.

Within these zones, technology, manufacturing, supplies, scientific research and medical device companies and hundreds of service centers are housed. The areas are managed by the Costa Rican Foreign Trade Promoter (PROCOMER), which has been recognized four times. as the best trade promoter in the world.

From a business perspective, this supports the decision of companies that make new investments in the country, since the local operation can be positioned better and better in corporations.

Since 1948, with the elimination of the armed forces, the country has invested these resources in the education of its population, prioritizing literacy, here basic education is free and compulsory. This has allowed it to position itself as a country with one of the highest literacy rates in the American continent (96.2%).

According to the Global Competitiveness Report 2018-2019 of the World Economic Forum, Costa Rica's educational system is one of the first places among 140 economies, being the highest in Central America.

Costa Rica has a total of 128 technical schools and 60 universities, where professionals with a high educational level are prepared, in order to respond to demanding international standards. It should be noted that a high percentage of the population speaks English, which in addition to facilitating tourism, also allows them to perform successfully in the business sector, where 95% of the employees of multinational companies are local.

Additionally, this nation has an efficient public health system with universal coverage. This, in addition to evidencing social inclusion, allows Costa Ricans to feel confident with the coverage, quality and care of their health system.

Without a doubt, Costa Rica is one of the strategic destinations for international investors, since its 120 years of democracy make it a socially and economically stable country. For this reason, the Country Brand Report Latin America 2019-2020 placed the country in seventh position in terms of its value system, quality of life and aptitude for business. Likewise, Costa Rica ranks fourth with the highest Foreign Direct Investment (FDI) in Latin America, according to the United Nations report.

Given the variety of free trade instruments and mechanisms, products originating in Costa Rica have preferential tariff access to the main world markets, in part due to its privileged geographical position that offers a commercial platform with great opportunities for companies that invest in the country.

Another important aspect is that the free trade agreements signed by Costa Rica are in a constant process of consolidation among its members due to the positive image of the country among its commercial allies.

Below you can find some of the main taxes in Costa Rica, if you want to know in detail the country's tax information you can download our Global Taxes App.

Because this country has an excellent level of education and innovation, Costa Rica is one of the leading countries in medical technology investment worldwide and the second largest exporter of medical devices in Latin America, ranking number 7 as a supplier from the US market.

The sector has been transforming and evolving according to demand and has currently positioned Costa Rica as a key headquarters for multinational companies in the production and distribution of medical and pharmaceutical devices and in scientific research.

Additionally, in response to the excellent quality and low costs of medicine in Costa Rica, the productive sector of medical tourism emerged, in which foreigners travel to the country to undergo medical procedures such as dental or cosmetic surgeries, among others.

Without a doubt, its beautiful landscape, the warmth of its people and its gastronomy are some of the attractions with which Costa Rica attracts foreign tourists from all over the world to rest. On the one hand, American and European tourists who, in addition to enjoying the beauty and richness of its beaches, also take advantage of its strong waves to practice surfing.

Another attraction of the country is its geography made up of mountainous and coastal sectors that encourage adventure tourism where activities such as canopying, rappelling, rafting, among others, can be developed.

Finally, the nation has made an interesting investment in its National Congress and Convention Center, which can accommodate up to 5,600 people in its rooms and with which they seek to position themselves in the market for congresses and meeting destinations.

Thanks to the great variety of climates and fertile lands in Costa Rica, a wide range of productive opportunities is generated in the country, such as the production and export of bananas, coffee, cocoa, pineapple, melon and mini vegetables, the products with the highest demand.

Currently, Costa Rica exports to more than 130 countries including Germany, China, Italy, the United States and Japan. It is important to note that this nation is home to 9 of the 40 companies with the highest international reputation, since Costa Rica provides them with easy access to high-quality raw materials produced naturally, as well as dynamic logistics in their transportation from the coasts. of the Pacific and the Atlantic.

Costa Rica is a strategic technological point for multinational companies, since it is a leader in the sophistication of production processes in Latin America, including the development of projects from advanced electronic technology to plasma propulsion for rockets. Currently, the Costa Rican industry has companies focused on metallurgy, automotive products, electronics, and aerospace.

Our advisors in Costa Rica

ARA-LAW Abogados is a law firm with over 35 years of experience; their members are characterized by their excellent technical knowledge resulting from both their private legal practice and experience in different strategic sectors.