Located in Central America, Honduras has achieved high economic growth rates in Latin America and the Caribbean (LAC), according to World Bank estimates. Likewise, its strategic location gives it great potential in its industrial sector and the diversification of its exports. 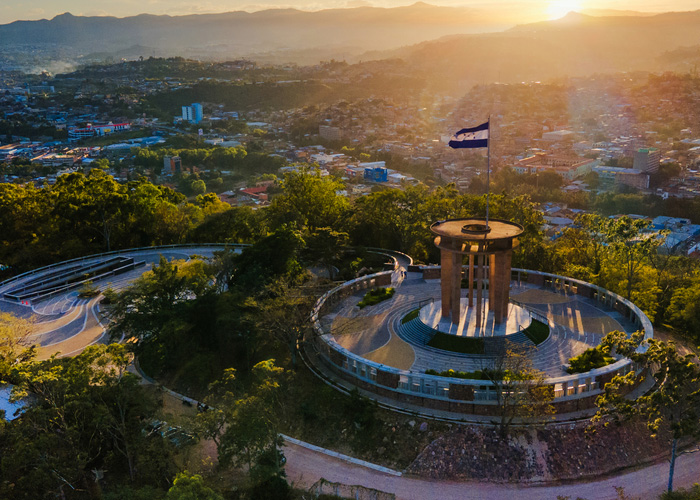 This nation, which borders El Salvador, Guatemala and Nicaragua, has an economy with a developed agricultural sector and a growing industrial sector. Its main export products are bananas, coffee, fish and electrical products.

Why invest in Honduras

Being located in the center of Latin America, it allows connection with several US airports in a maximum of two hours of flight and up to 72 by sea.

Honduras, which has coasts that allow commercial access to the Pacific and Atlantic oceans, establishing a 700 km long Caribbean coast, where four important ports are located. These are administered and managed by transport companies that interconnect the country with the rest of Latin America, Asia, Europe and Africa.

This nation, by handling cheaper logistics costs in the region, functions as an important distribution platform for the rest of Central America. For example, Puerto Cortés is the largest deepwater port in the region, qualified as a Megaport.

Additionally, the country has a constantly growing road network with the Pan-American Highway that runs through the south of the country, as well as a network of multi-lane highways that connect its main cities.

The Honduran labor supply, in addition to managing a favorable cost, is increasingly better prepared, is bilingual and is suitable for working in industries such as auto parts, electric power systems and equipment for renewable energies, food processing and machinery, packaging and tourism services.

Since 2018, the Honduran government has carried out initiatives to support international business and encourage greater investment under stable and highly competitive regulations, and an example of this is the structuring of a series of free zones (ZF), known as Employment and Development Zones. Economic (ZEDE). This model of economic development focuses on the guarantees and benefits for the optimal development of trade and the inclusion of labor and fiscal advantages where there is an independence of powers.

Similarly, the country has signed several free trade agreements, including agreements between Central American countries and the European Union, South Korea, Mexico and the United Kingdom, as well as bilateral agreements with Canada and Peru.

In order to promote trade and business, this nation has one of the shortest company incorporation processes in Latin America, where the process can take only two weeks, if all the requirements are met.

Honduras has a variety of free trade zones, the largest being Puerto Cortés, which is operated by the Entidad Nacional de Puertos (ENP). It also has private free zones, the product of legal extensions of free trade zones. A large majority of foreign companies located in these zones enjoy benefits such as free currency conversion, duty-free imports of all production machinery, parts for refractions, raw materials and supplies; approval for the import and export of shipments in one day and with a minimum of documentation; exempt from government taxes, sales and corporate taxes; and the unrestricted repatriation of profits and capital at any time.

In addition, companies that operate outside these Zones and export at least 95% of their total production to markets outside of Central America qualify for the Temporary Import Law, which allows them to import raw materials into Honduras without paying customs duties or consular fees. The income tax exemption applies for up to 10 years and can also be obtained under certain conditions.

Honduras has an open and expanding trade policy that has established 10 Regional Trade Agreements (RTAs) with the world's main markets. This allows it to minimize or eliminate tariff and non-tariff barriers to trade, encouraging the competitiveness of companies and foreign investment through a stable environment for investors. Among the most important alliances are:

Of these agreements, one of the most important is the United States-Central America Free Trade Agreement (CAFTA-DR), because in it most tariffs and other barriers are eliminated for goods from the United States destined for the Americas Central. It guarantees protection for investments and intellectual property of the United States and creates a more transparent framework to govern business.
The Agreement also seeks to eliminate tariffs in Central America and facilitate increased trade, benefiting US manufacturing companies in Honduras. With the implementation of CAFTA-DR, approximately 80% of goods from the United States can enter duty free. Bilateral trade within the CAFTA-DR trade area amounts to 32 billion dollars annually.

Below you can find some of the main taxes in Honduras, if you want to know in detail the country's tax information you can download our Global Taxes App.

Endowed with extensive agricultural areas, forests and marine resources, Honduras ranks as the second country in the region in terms of arable land, with an area of approximately 1.8 million hectares. Thanks to its varied tropical climate, it allows agricultural production throughout the year of many products such as bananas, coffee, cocoa, sugar, fruits, wood and African palm oil.

In addition, the country has productive fishing areas in both oceans and coastal resources that make it the largest exporter of shrimp in Central America.

Textile and clothing leader in Latin America, it is desired by numerous textile companies in the world that highlight it as an important investment destination, due to the talent of its workforce, whose capacity and high quality standards place it as one of the countries most profitable and competitive in the region.

According to the National Investment Council, Honduras is the number one exporter of cotton t-shirts to the United States, and has 18 industrial parks that represent 1.8 million m2.

Considered the new destination for business process and information technology outsourced services (BPO / ITO), as it currently has the presence of major players in the call center industry. With an annual growth of 6%, this sector was identified as one of the fastest growing sectors, given that it has all the key components for this type of service: human resources, infrastructure and connectivity, positioning the country as one of the most qualified in Central America.

The BPO sector is concentrated in the two main cities: Tegucigalpa and San Pedro Sula where 95% of these companies serve the US market and the remaining 5% Canada and other countries

Our advisors in Honduras

Vásquez & Asociados is an accounting firm dedicated to providing first-class accounting and financial services to national and international clients.