Portugual has a privileged geographical location, sociopolitical stability and a strong global currency that evidence the growth and worldwide recognition of the Portuguese economy, this due to its constant change and economic growth allowing Portugal to become an attractive destination for investors and entrepreneurs who want to establish themselves in the country. 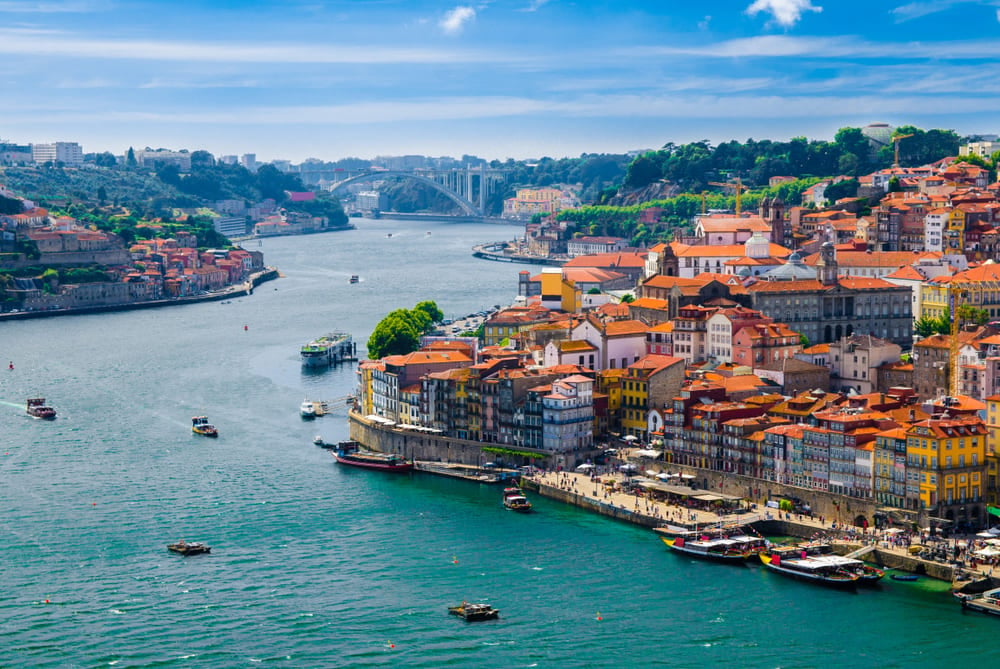 Its large market, privileged geographical location, socio-political stability and a strong global currency show the growth and worldwide recognition of the Portuguese economy. Proof of this are the data obtained by the National Institute of Statistics of Portugal (INE) that show a growth of 4.1% of GDP and 3.7% of export growth between 2019 and so far in 2021.

This has been possible due to its constant change and economic growth, which has required the implementation of profound reforms by the government in the banking, pension and labor market sectors. This has allowed Portugal to become an attractive destination for investors and businessmen who want to establish themselves in the country.

Additionally, with the country's entry into the European Economic Community 35 years ago, it became a varied market economy based on services (this part is below in international trade).

Why invest in Portugal

Strategically located on the west coast of Europe, it limits to the north and east with Spain, and to the west and south with the Atlantic Ocean, which makes it easy for it to act as a vital point for commercial relations between three continents: Africa, America and Europe, ideal for those investors, businessmen or entrepreneurs who wish to do business in the European market or take them around the world.

The international agreements signed by Portugal in recent years to guarantee the rights of investors have made it recognized worldwide as a competitive and reliable business and investment destination. Likewise, this nation has a set of incentives for investment and national and local tax benefits.

The Global Competitiveness Ranking Report 2019, prepared by Portugal Statistics and OECD, showed that this nation has a large infrastructure system, with 2,562 KM of railway networks, 6 international ports and 3,122 KM of highways. Likewise, it is important to note that all the country's seaports are connected to the rail network that leads to Spain and Central Europe. Its strong road structure makes it easy for the country to connect with the most important cities through air, sea or land transport.

After its integration with the European Union in 1986, it became one of the main financial centers in Europe and this has allowed it to access a market of 500 million Europeans and more than 250 million Portuguese-speaking consumers. This nation has free trade without customs barriers and free movement of people and goods.

According to data from IMD World Talent Report 2019, the Portuguese workforce ranks eleventh and has a high degree of university education in the business and services areas, they are multilingual, dynamic, flexible and have an efficient labor cost compared to other countries in Western Europe.

Portugal is one of the main countries with the greatest availability of technological services. According to EIB Digitalisation data Index 2020 (EU28), the nation ranks eighth in digitalization index and the ninth in the digitization of public services. Himself, the MD World study Talent Report 2019 tells that the nation ranks 11th in the development of communication technologies.

Portugal's economic structure is diverse and maintains promising growth in different branches of the service sector. The reforms implemented by the government Portuguese have reduced labor costs, modernized their infrastructures, optimized investments, which has made many multinationals choose Portugal as one of the countries where it is more profitable to do business. Traditional activities in its industrial area have evolved and facilitated economic growth in new sectors with greater technological influence, such as pharmaceuticals, energy, electronics, tourism and automobiles. Likewise, the Portugal 2020 Plan has been launched, which includes various sectoral incentives for foreign investment through tax benefits, to promote the growth of the country's productivity.

Thanks to Portugal has its own free zone, there are several companies that can settle and enjoy different legal tax benefits at various levels. The Madeira Free Zone (ZFM) has existed since 1980, and is the only one from where you can trade freely with the rest of the European Union. A wide variety of business sectors can operate in the Madeira Free Zone and enjoy tax exemptions and customs to export and import. Some of the commercial activities allowed are: International trade, online business and telecommunications, management services, consulting services, intellectual property and the development of real estate investments.

Below you can find some of the main taxes in Portugal, if you want to know in detail the country's tax information you can download our Global Taxes App.

According to data obtained in the European Innovation Scoreboard 2020, carried out by the European Commission, Portugal ranked number 12, in the topic of innovation among EU countries and regional neighbors.

This outstanding position in terms of technological services is due to the country's good physical and information technology infrastructures. Therefore, in order to promote foreign investment, the Portuguese government has implemented tax incentives, infrastructure improvements, an organization for investment and foreign trade, and excellent storage and transportation logistics.

It is well known that the agri-food sector is one of the most important within the Portuguese economy as it represents 2.1% of its GDP and employs 6% of the country's active population, according to World Bank estimates in 2019. At the moment, according to the indicators of the Agency for Investment and Foreign Trade of Portugal (AICEP), the country is the third largest tomato producer in the EU, the fifth largest oil exporter in the world and the ninth largest wine producer. Among the most demanded productive crops are cereals, fruits and vegetables.

Portugal is one of the most important exporters of marble in the world and minerals such as copper and tin have an important position in the country's GDP. Additionally, this nation is one of the largest producers of cork worldwide, thanks to its productive forests.

This sector, which represents 65.5% of the country's GDP, employs 70% of the active population. Tourism has had rapid growth in the Portuguese economy, since, according to data from the National Institute of Statistics for 2019, it grew by 7.3%, with 27 million tourists and 4,280 million euros in income and representing the 15% of GDP.

The industrial sector of this country employs 25% of the active population, represents 18.9% of its GDP. Thanks to the modernity of its industry Manufacturing has a wide range of small and medium-sized companies, among which the activities of metallurgy, machinery, electrical and electronic industry, mechanical engineering, textiles and construction stand out.

According to data obtained by the World Bank, the manufacturing sector represents 12% of GDP. Another interesting aspect is its positioning in the European automotive sector, especially in the mold manufacturing industry.

For its part, data from the National Institute of Statistics confirm that in Portugal biotechnology and information technology are sectors with interesting growth.

Our advisors in Portugal

Josué Bacalhau & Associados is a multidisciplinary and multi-jurisdictional law firm that works together with the client through transverse advise and deep focus on the client’s objective.