Find a Trusted Advisor Wherever your Business
Takes You

Back to Select a Member from Costa Rica 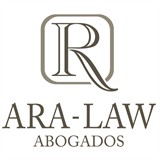 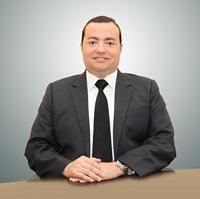 Mr. Rodríguez is the Founding Partner of ARA-Law Abogados, he holds a Master’s Degree in Business and Tax Law from the Latin-American University of Science and Technology and specializes in Business Law and Taxation. He has extensive training in the areas of business corporations, negotiation, litigation, contracts, collection management, business, and tax matters.

He has been appointed since 2007 by the Mexican Secretary of Foreign Affairs as legal counsel of the Mexican government and nominated in 2011 as Liberal Professional of the year by the Chamber of Commerce of Costa Rica. In addition, he was recognized by Chambers & Partners Latin America as Leading Lawyer in Costa Rica in the areas of Corporate Law, Dispute Resolution and Real Estate.

Since 2010 he has served as Mediator and Arbitrator of the Costa Rican Bar Center of Justice and the Commission on Alternative Dispute Resolution (RAC) of the Judicial Branch. Mr. Rodríguez has also served as Law Arbitrator for the American Chamber of Commerce and participated as a member and Co-Editor of the Legal Group for the project “Estrategia Siglo XXI, Franklin Chang-Díaz”.

Mr. Rodríguez is a Law Professor and has been invited to speak at several Labor Law Seminars. He is an active member of the Alliance of Business Immigration Lawyers (ABIL) and Founding Member of the Costa Rican Intellectual Property Association. He has also been a member of the Center of Tax Studies since 2000 and former President of the Association of CISV Costa Rica (Children International Summer Villages). He is a Law School Student’s Attorney General and former Editor of the newspaper “La Toga” of the University Costa Rica Law School. 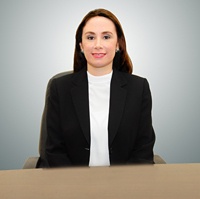 Ms. Román graduated from the Top Management Program at INCAE and holds a certificate in Quality Management in Public Administration from CEDDET in Spain.

She worked as General Director of the Treasury Department from 2001 to 2006 in charge of providing Tax Policy Advice to the Minister, as well as granting and monitoring tax exemptions. She was the representative of the Treasury Department during the CAFTA negotiations and was member of the Regulatory Tourism Commission, a registered agency that approves the granting of tourism incentive agreements. She was also a member of the Tax Policy Technical Group of CAFTA’s signatory countries led by the International Monetary Fund.

Ms. Román served as President of the Special Commission of Red Frigorífica Nacional (National Cold Storage Network) in charge of arbitration proceedings and was also a member of the Executive Committee for the construction of the highway to San Carlos. Former member of the High-Level Committee of the Single-Window System for Corporate Formalization coordinated by the Ministry of Economy, Industry, and Commerce of Costa Rica (MEIC).